Missionary Position: Why Vanilla Is My Favorite Flavor With an overall growth of curiosity in trying new sex positions in the bedroom throughout the past decade, missionary has been left in the dust. I’ve heard remarks that range from “Girls just like it because they don’t have to do any work” to “Hey! That’s how I lost my virginity.” [Disclosure: the second quote was myself.]

Although I just exposed how I “became a woman” – sorry relatives – this has got me thinking. Missionary is coined as being “vanilla” but vanilla is arguably the best ice-cream flavor to add toppings. So if we carry that mentality into the bedroom and are able to widely recognize that missionary is one of, if not the most, customizable sex position, then why does it have such a bad rep?!

As a self-proclaimed kinkster it may come as a surprise when I say missionary is one of my all time favorite positions. However, the missionary position doesn’t have such a sweet history – and this is part of why we need to reclaim it.

Why Is It Called Missionary?

Short answer: The Christian Church. It is believed that in the colonial era, Christian missionaries, when colonizing “lesser races” – insisted that this male-on-top face to face position was more “civilized”  than other “animalistic” positions. While in newly colonized territory, these missionaries came across a number of native people who had sex in all types of ways and very openly, “the rise of the missionary position, therefore, seems to be related to the intensification of a male dominated, imperialist, class society.” Other names for this position have included: the male superior position and my least favorite: the mama-papa position.

These various expressions of the position highlight both a male-dominated worldview as well as the assumption that this position can only be enjoyed through established domesticity. Ladies, that this is far from the truth. Missionary is able to be enjoyed by women just as much as men, maybe even more and this is why we should be able to reclaim it! Unfortunately, missionary’s tainted reputation has also lived on through pornography’s depiction of it.

Porn’s Perception Of The Missionary Position

The “missionary position” needs to be reclaimed. Not only is it one of the best positions for female orgasm – F you “male superior position” – its name is also just straight up offensive. The naming of this position represented another branch of the European colonizer mindset – one which privileged white hetero-patriarchy notions of what is sexually “pure” – and established any deviations from this norm as “uncivilized.” Let’s get down and dirty with decolonization and rename this outdated, colonial term.

An Elite Daily article states: “ the female orgasm takes focused concentration.” In my opinion this cannot be more true. The stability and longevity of continual movements that the “missionary” position provides can allow for longer, more full orgasms as front-entry positions such as missionary or cowgirl stimulate the vaginal wall.  Why?

The intimacy you feel when you’re so close to your sexual partner while in missionary is one of the main reasons it is a superior sex position. Not only are you able to fully see the other person’s face and movements, but you are able to communicate with your body and with each other so much more than in other positions. There is a certain amount of mental focus that I need to dedicate when trying other positions, not to mention the infamous muscle spasm that can totally be a women-boner killer if your body is twisted up like a pretzel.

I think we can all agree that, at the end of the day, a disappointing orgasm, is well, disappointing. I am not saying that I won’t come unless someone else is doing all the work, I just find myself being able to feel more comfortable, natural, and ultimately hotter when I don’t have to focus on my rhythm, moans, or accessibility to my clit.

Okay, not really toes, unless of course you’re into that. But all those other lovely body parts are crucial to “upgrading” this position. What is key is communication! Whispering, talking, and eye contact are a great way to dip your toes into spicing up this position. Running your hands up and down the back and shoulders and arms of the person on top is unbelievably hot. I see those physical acts as a way to encourage your partner’s moves and strokes and it will undoubtedly make them feel like they are doing a good f*cking job.

Now to fingers, my absolute favorite addition to missionary. I am not just saying touch yourself, but please do. I don’t know about you gals, but I can only really orgasm if my clit is involved. However, you are also able to access the male prostate pretty darn easily if your reach allows it, and including butt stuff in the bedroom will and can elevate the male orgasm. If you’re interested in learning some more about this check out my previous article on butt stuff! If your wingspan does not allow for a comfortable reach to the male backdoor, no fear, butt plugs are a lovely substitute and not just for him either! 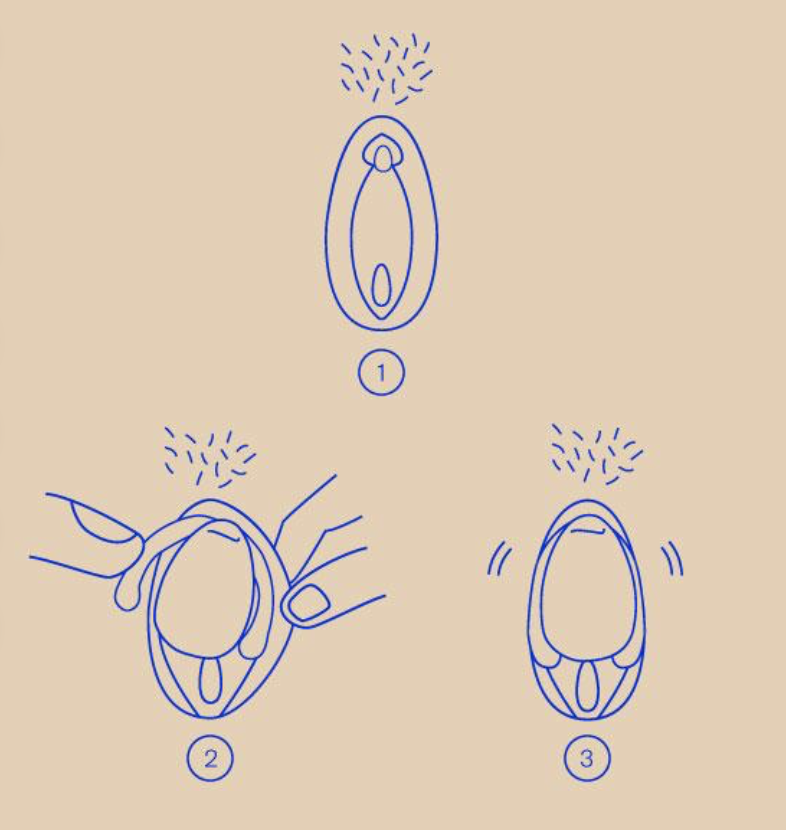 Overall, this position may seem simplistic but it does not have to be! By adding in some more body parts and toys, you can customize this “boring” position, for maximum pleasure.

The missionary position is far from basic, and although the position still may be coined as “vanilla”, vanilla is the most popular ice cream flavor in the USA and there is no shame in wanting it sometimes! Try incorporating new techniques to this oldie but goody and it may become your new favorite flavor. But while you’re at it, help me find a new name for “missionary”.

ABOUT THE AUTHOR A senior in William & Mary and St Andrews’ joint degree program for English, Maud (@maudpurinton on Instagram) has always been passionate about initiating conversations around sexual destigmatization and female sex positivity. Maud is an avid skier and mixed media artist and looks forward to pursuing a career in fashion and beauty PR after she graduates.